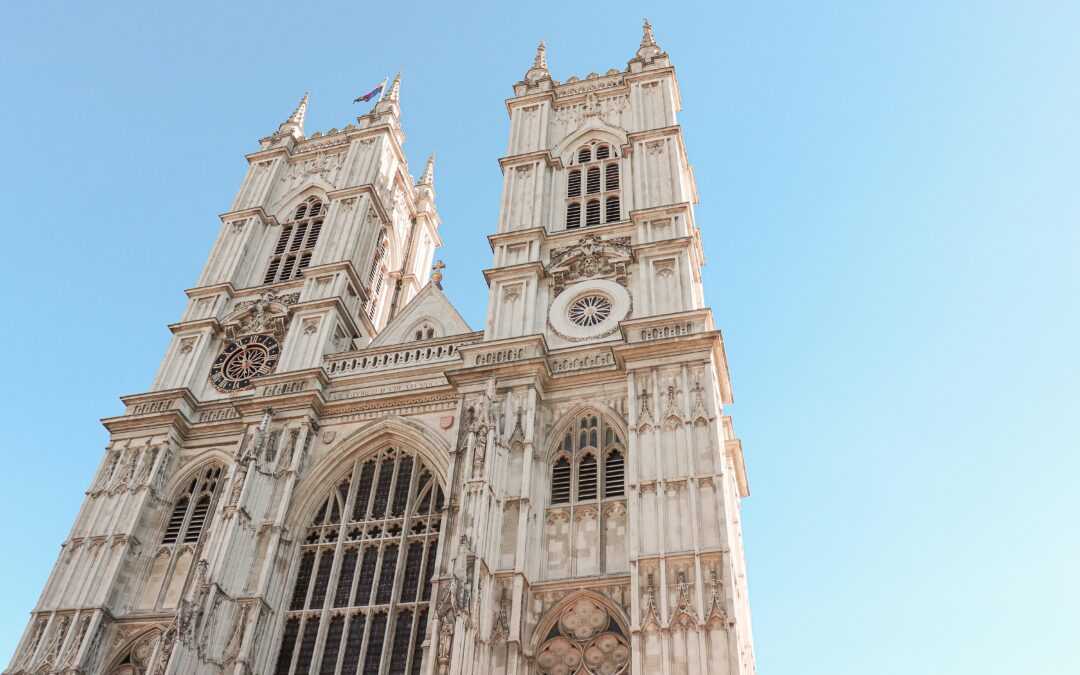 This essay was adapted from a Sunday School class given at Coram Deo Baptist Church in early 2022.

We have had two years of wrangling over church and state issues in the middle of the Covid-19 crisis and ensuing mandates and lockdowns. This situation has brought out many questions, debates, and very unfortunately, even breaks in fellowship.

It seems to me the root of this disunity in many cases has been our own sinful dispositions, attitudes, words, and behaviours. These must be repented of and denounced immediately, as judgment begins at the household of God.

However, there is also a problem of a lack of clear teaching, such that people are confused about issues of authority, the church-state relationship, and liberty of conscience. Even pastors like myself have realized how little we gave thought to these subjects before the pandemic. After two years of study, I finally feel able to put together some thoughts on the subject that are somewhat well-formed. I offer the following under three points: (1) A Case Study: The Great Ejection of 1662; (2) Biblical Principles; and (3) Practical Commands.

A Case Study: The Great Ejection of 1662

The year is 1662. 2,000 ministers in the Church of England are suddenly locked out of their churches, fined, or imprisoned—essentially barred from their pulpits. They are no longer legally allowed to minister and preach to their people. Some die in prison. This event was later called the “Great Ejection.”

Why were they ejected? The main issue was that they would not give “unfeigned assent and consent” to everything in the Book of Common Prayer, the Anglican worship manual.[1] The State-Church of England had ordered all ministers to give their complete agreement to the Book, but some could not do it in good conscience—there were errors in it as far as they were concerned. They were then called the “non-conformists” or “dissenters” because they did not conform but dissented from the authorities in this instance. And they paid the price for their stand. Their government—which was tied to their church—punished them with civil power.

This situation may seem perplexing to us. How did a state have such authority to do these things to pastors? Why was the government ordering them to hold to certain doctrines and church practices? This kind of church-state intermingling is a bit foreign to us. But it was more normal back then. There was an erasing of the line between state and church jurisdictions, and an absolutizing of that authority.

We also might ask, were these men wrong in thus disobeying their church and state authorities? Or was this a righteous and bold stand for Christ? What were the principles they stood upon? Were they biblical?

Samuel Palmer, a later writer, edited together what is called The Non-Conformist’s Catechism, which delineated their principles in the form of questions and answers. The first three are worth quoting:

What are the grand principles on which the Protestant Nonconformists ground their separation from the Church by law established? The right of private judgment and liberty of conscience, in opposition to all human authority in matters of religion; the supremacy of Christ as the only Head of his church, and the sufficiency of the Holy Scriptures as the only rule of faith and practice.

Does the Scripture not require us to be subject to the civil magistrate, as ‘the minister of God’ for conscience’ sake? Yes, doubtless, in all civil affairs, but not in matters of religion, much less in things contrary to the law of God, so that all human laws which are inconsistent with the divine ought to be disobeyed.

I believe the non-conformists give us a good case study for practicing biblical principles regarding church and state. As Iain Murray notes, “It was for Christ and not for themselves that these men acted when they gave up all, and they believed that in thus standing out against the conformity that the authorities demanded they were only doing as their Lord required of them.”[2]

We can see at least four biblical principles that the non-conformists were operating from: (1) The Supreme Headship of Jesus Christ; (2) The Authority and Sufficiency of Scripture; (3) Distinct Spheres of Authority; (4) Liberty of Conscience and Religious Freedom.

First of all, the Supreme Headship of Jesus Christ. Our Lord announced after his resurrection: “all authority in heaven and on earth has been given to me” (Matt 28:18). Eph 1:21-23 notes that Christ is seated in the heavenly places, “far above all rule and authority and power and dominion, and above every name that is named, not only in this age but also in the one to come. And he put all things under his feet and gave him as head over all things to the church, which is his body, the fullness of him who fills all in all.” Similarly, Col 1:18 notes: “And he is the head of the body, the church. He is the beginning, the firstborn from the dead, that in everything he might be preeminent.” Jesus Christ is the Sovereign Lord of All, King of Kings and Lord of Lords (Rev 17:14; 19:16), and has all authority on heaven and earth, especially expressed in his Church, which is his submissive bride (Eph 5:24).

Second, the Authority and Sufficiency of Scripture. As 2 Tim 3:16-17 says, “All Scripture is breathed out by God and profitable for teaching, for reproof, for correction, and for training in righteousness, that the man of God may be complete, equipped for every good work.” The Bible is the only inspired, inerrant, and infallible rule of faith and practice. As the very word of God, it alone carries absolute authority.

Third, Distinct Jurisdictions. The non-conformists believed “civil affairs” and “matters of religion” were separate in some sense. God has created various spheres of authority or jurisdictions such as the church, the state, and the family (Heb 13:17; Rom 13:1; Eph 6:1). We even have a level of self-government under God (Rom 14:4; 10-12).

These different jurisdictions are also given different powers or means to execute their authority. The church is given spiritual power (“the keys of the kingdom” and the “sword of the Spirit” Matt 16:19; 18:18; Eph 6:17) while the state is given physical power to avenge with deadly force (“the sword” Rom 13:4). It is not right for the church to take up arms and force people into Christian belief and obedience, nor is it right for civil authorities to carry the keys of the kingdom. These spheres may overlap, as the state has a right to punish criminal activity in the church or the home, and a pastor has a right to call fathers in their membership to obey the Word of God. But these authorities must be careful not to overstep or abuse their authority, or act as if it is total and supreme.

All human authority is derived authority, as God is the Supreme Sovereign and Lord of the Conscience, worthy of total allegiance and obedience above all other authorities (Acts 5:29; Dan 3 and 6; Amos 7:10-17). It is a beastly state that seeks complete and total obedience in every area of life (Rev 13:1-10). God condemns harsh uses of authority, but gives us an example of patient, humble, servant-leadership in Christ and his apostles (Gen 3:16; Ezek 34:1-6; Mark 10:42-45; 2 Cor 1:24).

Fourth, Liberty of Conscience and Religious Freedom. Christians are freed from slavery to sin to freely worship and obey God from the heart (Exod 3:12, 18; Rom 6:17-18; John 4:24). None of us are the ultimate judge of one another—that position is reserved for Christ (Rom 14:4; 10-12; James 4:12). We are not to exhibit a judgmental spirit and condemn one another (Luke 6:37). Each individual person must answer to God for what they have done in the body, whether good or evil (2 Cor 5:10).

In the Church, there is no complete religious freedom, as each church is given authority to judge who is and isn’t a Christian based on their profession of faith and walk of obedience (1 Cor 5). However, there are many disputable matters over which we can disagree, yet still welcome one another (Rom 14; 1 Cor 8-10). And pastors must be careful not to be heavy handed, or lord over people’s consciences, especially where Scripture is not clear. In religious matters, we are freed from the doctrines and commandments of men not contained in the Word of God (Matt 15:1-9).

As far as the government is concerned, there should be complete and total religious freedom, as the state has no jurisdiction over matters of faith. The state must leave matters of church worship, mission, and discipline to the church and its leaders (e.g., Acts 5:29).

Having looked at these biblical principles as exemplified by the non-conformists, we now transition to some practical commands. All of us live in a world with various authorities; some of our choice, and some we are born under in the providence of God. Additionally, we live in a fallen world, where the ideal biblical principles are rarely upheld. So we need clear guidance from Scripture on how to live in such a world.

First of all, if you are in a position of authority, you must know that you are placed there by God with responsibility to exercise authority according to His supreme will found in the Word of God. Husbands, fathers, managers, public servants, pastors—we all need to take our authority seriously, and not abuse or overstep our authority, or neglect our responsibilities in these functions (Mark 10:42-45; 2 Cor 1:24; Rom 12:8).

Second, if you are under any authorities, you must offer them reverence, honour, obedience, and submission according to their jurisdiction in all lawful things (Rom 13:1-7; Titus 3:1; 1 Pet 2:13-3:7; Heb 13:7, 17). This includes even unrighteous authorities, as Paul was writing to Christians under the notoriously wicked Nero in Romans 13.

Third, if you are called upon by an authority to disobey God or neglect obedience to Him, you must obey God rather than follow their lead. If any authority commands what God prohibits, prohibits what he commands, or commands what is not theirs to command, we have freedom to follow God’s guidance over theirs (Acts 5:29; Dan 3; 6).

Fourth, if you are subjected to harsh treatment or persecution by authorities, there are a number of things to keep in mind. You may indeed flee for your own safety (and we would especially urge the vulnerable to do this; Matt 10:14, 23), though some may be compelled to stay under persecution or even head into it due to a sense of calling or higher duty (see Paul’s amazing words in Acts 21:13!). But when we are hated, abused, and persecuted against our will, we must maintain a posture of non-retaliation, loving our enemies, entrusting ourselves to the One who judges justly, and leaving vengeance in his sovereign and powerful hands (Matt 5:38-48; Luke 6:27-36; Rom 12:18-21; 1 Pet 2:18-25).

I would point out to you that none of these commands appeal to our flesh. In our sinful nature, we want to use power selfishly and make our own rules, we want to rebel against authority and live our own way, we want to go with the flow and keep the world’s approval, and we want to hate those who hate us and take vengeance into our own hands. These commands kick against our natural selfishness, pride, rebellion, fear of man, and hatred. This is why we all need the forgiving and transforming grace of Christ, which cleanses and changes our hearts, so that we can be properly related to authority, starting with submission to our loving Lord Jesus Christ, who died to free us. May the Lord grant us such unswerving obedience, holy boldness, and purity of conscience as those 2,000 ministers who were ejected in 1662.

[1]Iain Murray, Sermons of the Great Ejection (Carlisle, PA: Banner of Truth, 1962 repr. 2020), vii-viii. They were also ordered to be re-ordained if they were not previously episcopally ordained, and required to renounce the Solemn League and Covenant, which was an earlier agreement between Scottish Presbyterians and English Parliament to keep Reformed Presbyterianism legal in Scotland, and to continue the Reformation in England (which essentially gave room for the ideology of those independent from the Church of England).