The Significance of Reformation Day 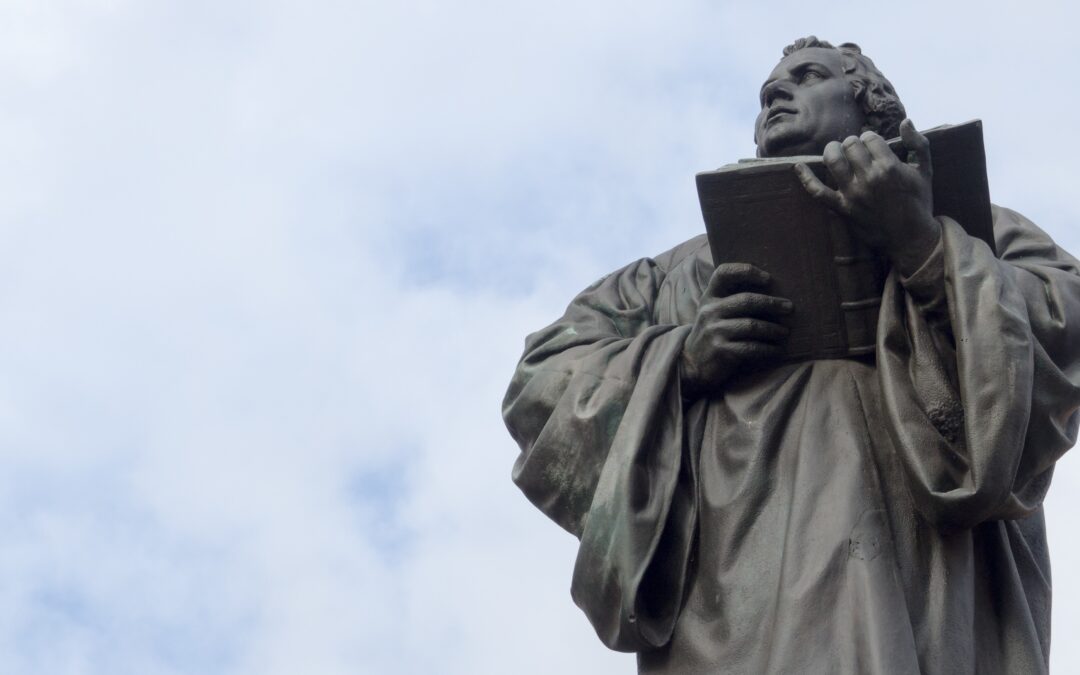 On that day in 1517, an Augustinian monk named Martin Luther published ninety-five “theses” (propositions of belief) in Wittenberg, Germany. These propositions were aimed at certain practices in the church that Luther deemed wrong and corrupt. One such practice was the selling of “indulgences” (which are said to grant remission of the punishment for sins) to raise funds to reconstruct St. Peter’s Basilica.

First, the Authority of Scripture. One of the greatest legacies of the Reformation was the principle of “Sola Scriptura” (Latin for Scripture Alone). This is the idea that the Holy Bible itself has chief authority over the people of God. Protestants believe that no church or church leader has the final say over what is true. Rather, all practices and beliefs must be judged by God’s written word.

Why? This is the only Word that is inspired by God and able to equip us for every good work (2 Timothy 3:16-17). It was not written by human will or interpretation but by the Holy Spirit carrying the prophets and apostles along (2 Peter 1:19-21).

Christians have a solid place to rest their faith. They don’t need to be tossed to and fro by the words of men. The Bible stands forever because it is God’s inspired, inerrant, infallible Word.

Protestants believe that no righteous deeds, nor obedience to God’s law, nor conformity to human traditions or rituals, can gain us a place in God’s good books. This is because all of us are born with a sinful nature and have willfully rebelled against God, earning God’s just anger and punishment. God, as a just judge, cannot overlook our sins or discount them based on the good things we have done.

However, because God is also abundantly gracious and rich in mercy, he has made a way for the ungodly to be “justified” (declared righteous before him): by trusting in the only righteous one, Jesus Christ, who took their punishment in their place and counts his righteousness to them as a free gift. This free gift is received by simple faith in Jesus Christ, not by works. The true Christian will do good works, but those are not the root of our salvation—they are the fruit of our salvation.

When Martin Luther first understood this truth from the Bible, he said he felt like the gates of paradise had been swung open! Those who cherish this doctrine have had the same experience!

Third, the Priesthood of All Believers. Another radical conclusion of Luther’s was that all Christians have a “priestly” function in the kingdom of God. We know all the priests of the Old Testament pointed forward to our great, sympathetic high priest, Jesus Christ, who made a once-for-all sacrifice to put away our sins and bring us to God (see Hebrews). He is the only one who mediates between God and man (1 Timothy 2:5), and so we have no need for other priests and mediators.

Yet on the flip side, all believers have become priests in a sense: “But you are a chosen race, a royal priesthood, a holy nation” (1 Peter 2:9). All believers can draw near to God and serve in his house through Christ.

For many of us, these principles are not just history-changing. They are important pillars of the Christian life and faith. And it seems there has been a resurgence of interest in the Reformation in the last few decades, especially through the influence of teachers such as R. C. Sproul, John MacArthur, and John Piper.

There are many reasons to be thankful for the Reformation, and to celebrate the day it began!